Bei Mir Bistu Shein portrays a Jewish orthodox family represented in three different parts of the world: United States, England and Israel. The subjects are displayed in a light and setting that emphasizes their distinct way of life, which can be perceived as strange and archaic, yet intriguing to outsiders. The colors and floral background cause the photographs to take on a painting-like quality, highlighting the mysticism of the subjects and their association with a history and tradition that many may find unfamiliar. Simultaneously, the connection amongst the various family members helps establish a sense of warmth and familiarity for the viewer, illustrating how the values of family and togetherness serve as the cornerstone of Jewish tradition, much like they do for the lives of many who live in today’s society. The back space has been constructed to reflect that of a Cheder, an intimate room of Jewish study. On the left wall hang several portraits that have been printed and framed. There is also an overhead projector in the space alongside A4 acetate negatives containing portraits of other members of the family. The viewer is encouraged to choose one of the negatives and place it on the overhead projector to view the image on the center wall in larger form. These various forms of display reflect the evolution of the photographic medium–from the print to the digital–but also highlight the way in which the current photographic process inherently contradicts itself, as all of the portraits displayed in the room began as digital files and were subsequently converted to a more tangible from. These dichotomies–the old and the new, modernity and tradition–are not only reflected through the photographic form of the portraits, they capture the essence of the subjects–people who define their lives by an idea that embodies the physical and the mystical world perhaps more than any other:
Faith. 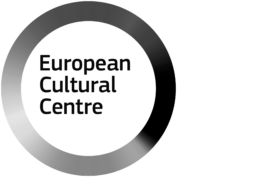